How to trade the news in Forex

There are fundamental ways of trading news in forex: the directional bias and the non-directional bias. In any directional bias, what we intend to do is explained as follows. In a directional bias, one looks forward to a market moving in a particular direction. This will be the expected consequence of a news report. News reports have a significant contribution to the fluctuating trends in the market. Thus, any trader will have to consider the implications of these news reports when one intends to search for an opportunity in trading.

It is actually concerned with the fact that a big news report will surely create quite a lot of stir in the market. We do not consider the direction in which the market moves in this approach. What we are only concerned with is the fact that there will be significant swift in currency trading post the news. Once you sense that the market has moved in a particular direction, it is quite mandatory that we have a definitive plan to make a mark in the trade. This approach is known as non-directional bias given the fact that we are not having any actual bias in terms of the price going up or down.

In the world of forex trading, we come across many well-known analysts who would provide some predictions on the numbers and results that would be declared in an impending news report that will be released in a few days or weeks. The consensus is the number that many analysts will definitely agree upon; you will come across other numbers that will be conflicting in the analysis put forward by many research analysts. On the other hand, the actual number is the number that is furnished when the news report enters the market. The most common adage in forex trading is as follows: buy the rumors, sell on the news.

Let us explain the implications of forex trading through one example of a related news report. Take the case of the unemployment statistics report in the US. The charts in the forex market suggest a large rally of the US dollar: this is something quite unexpected to the market players in the forex trading world. These traders will now align their viewpoints based on the actual number released on unemployment in the news report: the actual number is in stark contrast to that predicted by the prominent analysts. The more concrete example of this is the scenario when the report suggests an unemployment rate of 10.0%. On the other hand, the market consensus suggested that the unemployment rate is 9.0%. This 1% difference is quite significant in forex trading as it is quite sensitive to small deflections. The impending effect on the market scene is that major investors will now sell off the dollar as the news reports suggest a further weakening of the dollar than that predicted by the traders and analysts before the release of the news report.

In short, FOREX refers to the Foreign Exchange Market, which is the biggest financial market worldwide, where a currency is traded for another. Each set of currencies makes up one “product” and is normally noted by a three-letter e.g. EUR/USD is the price of the EURO expressed in US dollars; 1 euro = 1.20 US dollars. [Read More…]

Advantages of Forex Trading System on Other Forms of Investment

Forex being the buzz word among wanna-be billionaires certainly arouses the question for an aspiring forex trader the desire to know what does the term forex actually mean? Here, begins the quest for first familiarizing oneself with the definition in the theoretical sense before treading ahead to apply the knowledge in real-life forex markets. [Read More …]

How to Restrict Psychological Pitfalls in Forex Trading

We need to know why amateurs and beginners in the world of forex trading are quite prone to losing money. This is because they have poor psychological girt: a trait which is quite necessary for being a champion in the world of forex trading. We need to know that as investors nothing should affect your investment decisions and so emotions should be well-controlled while doing trading. [Read More…] 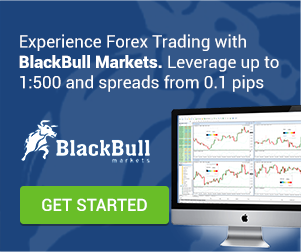 Forex Events, Forex Conferences, Forex Conventions ... it's all about learning. Learn through forex experts, share your opinions with other traders, join a wide community of forex followers.